There are many myths and legend as to where Wing Chun Kung Fu originated, the most popular and accepted is that it was created by a female buddhist monk called Ng Mui around the time of the Ming dynasty some 300 plus years ago.

The art was named after her first student Yim Wing chun, which translates to ‘ eternal springtime’.

The art has evolved over time and Fusion Kung Fu brings you a modernised version, called Shiyong (practical) Kung Fu. Bringing together a combined 25 years martial art experience to give you a fast effective & practical style of Kung Fu.

GET IN TOUCH TODAY FOR MORE INFORMATION 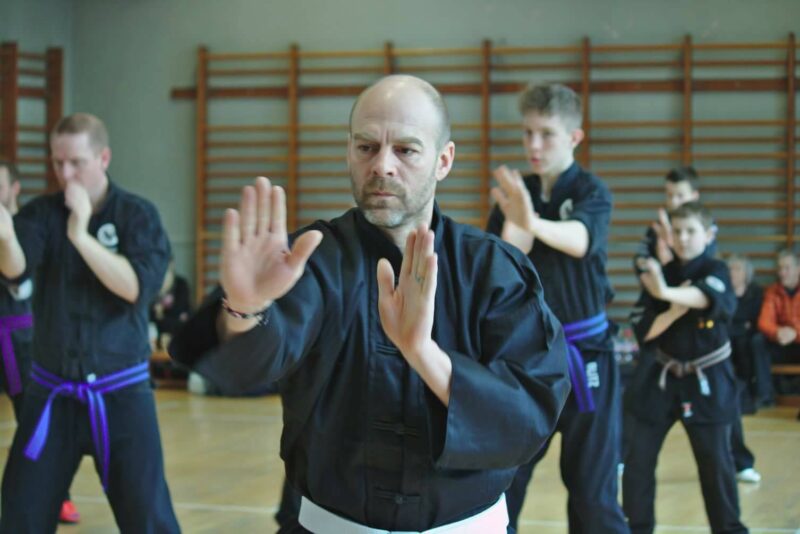 Kung Fu Training for all ages and all levels

We do not teach you to become clones of the instructor. We give you the tools & you then learn to fight in a way that suits you as we are all different.

EVERY DAY IS AN OPPORTUNITY

Kung Fu helps develop both strength and flexibility, unlike many other workouts which focus on either strength or flexibility. Repeated practice of kicks, punches and pivots stretch the entire body and develop flexibility while increasing strength at the same time. Kung Fu training also involves special techniques to increase flexibility in various muscle groups in the body. Health benefits may include lowering blood pressure, increasing blood circulation, strengthening the immune system and improving sleep quality.

Shiyong Kung Fu requires focus. Students will learn how to perform exercises designed not only to improve their bodies but their minds at the same time.

Our Kung Fu classes aim to teach children & adults how to effectively protect themselves in the event of an attack, which does much more than just teach them how to punch and kick hard. Self-defense skills help keep our body and mind strong.

Students attain a sense of confidence through improving mental and physical skills. We also teach students how to handle hostile situations.

Shiyong Kung Fu is an art that allows for the highest possibilities of self-expression. Since we give you the toolbox of techniques but you use them in a way that suits you, your body type, fitness levels & ability.

Kung Fu training helps  people learn how to deal with frustration and work toward a specific goal.

Last but not the least, learning Kung Fu can be an interesting experience. Our Kung Fu classes are designed so that everyone has fun!

Here is some of the things we are doing to keep you safe:

All above subject to change

Benefits can be achieved from training just once a week in class.  Obviously the more you train the faster you will reap those benefits and see improvements.

The biggest commitment is effort.
You will fight only as good as you train.

Membership packages to suit all ages and all levels

GET IN TOUCH
Page load link
Go to Top